Side By Side International Ministries
Our Leadership team and ministry partners have years of experience in domestic and international leadership development, church planting, Bible teaching and preaching, as well as in evangelistic outreach and children's ministries.

We are available to help your ministry in whatever capacity you may need them to serve, whether for a short time or for an extended period of time.

Side by Side International Ministry Founders:

He has also been given a written Proclamation from the City of Weston for community involvement.

Joe graduated from the Spanish Bible Institute in Miami, FL, earned a BS degree in Theology and Missions, and holds a Masters degree in Religion and Pastoral Counseling from Liberty University in Lynchburg, VA. Joe is also bilingual in English and Spanish.

Marti Caro
Marti Caro has worked alongside of Joe for many years as a missionary, pastor's wife and Bible teacher. During that time, she has taught children of all ages and has served as a Children's Ministry Coordinator and led women's Bible studies in Spanish and English. She also founded and served as director of a preschool in Weston, FL and also served as the church secretary at the church she and her husband planted in Weston, FL.

Marti graduated with a BS degree in Psychology from Liberty University in Lynchburg, VA. Marti is also bilingual in English and Spanish. 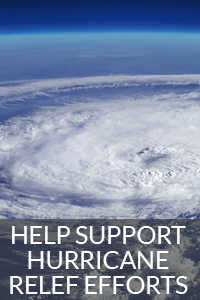